The Dangers of Tailgating – Staying Safe on the Road 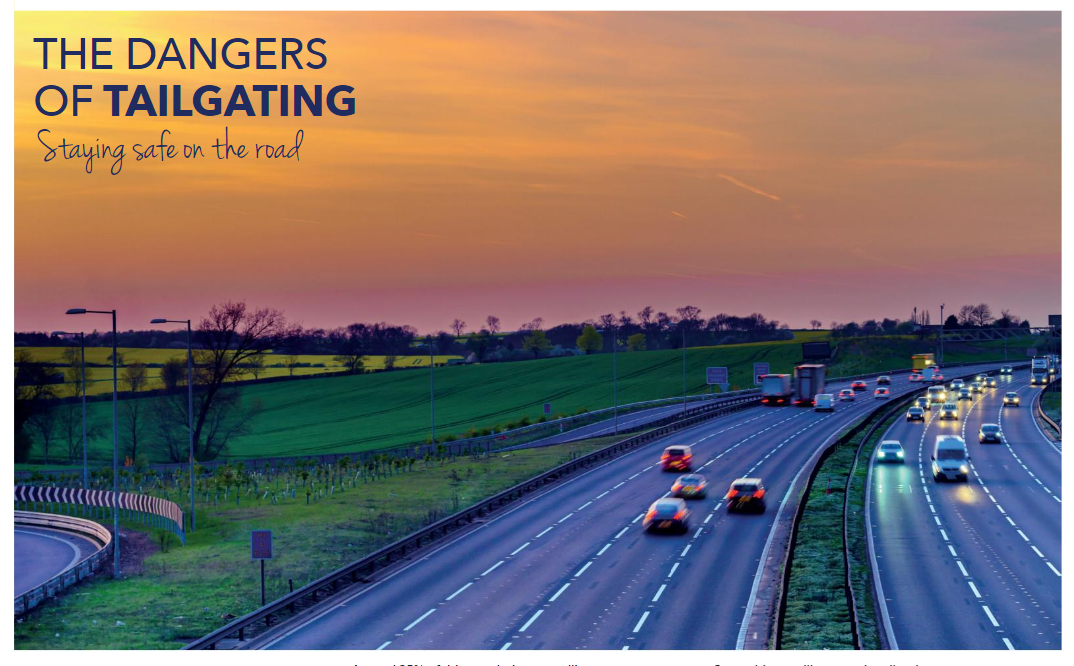 The Dangers of Tailgating

Staying Safe on the Road

HOWEVER impatient a driver is feeling, perhaps as a result of delays during the holiday period, it is important to realise the dangers of tailgating. Drivers must realise this activity will lead to an increased chance of a collision. Tailgating is the scourge of safe driving that refuses to go away. This aggressive behaviour is difficult to react to in the correct way. It triggers a series of emotive responses, but it is absolutely essential that drivers are not intimidated enough to put themselves and their passengers in danger.

Around 25% of drivers admit to travelling too closely to the vehicle in front. It is therefore worryingly common and is thought to be responsible for 1 in 8 road casualties in the UK and is the third most common factor in causing deaths and serious injuries! Drivers who tailgate need to accept the message that it is behaviour is unacceptable, that it is highly intimidating and is at the end of the day, a form of bullying and it won’t lead to a journey being any faster.

Some drivers will engage in tailgating, overlooking the known dangers, due to an overestimate of their own ability to react. In normal conditions on fast moving roads, drivers should leave a 2 second gap between themselves and the vehicle in front and in wet or bad weather conditions, that time should be doubled.

Most drivers will have experienced being tailgated, so the range of emotions will be familiar. They will likely include anger, frustration and fear, and each of those can lead to an understandable but nevertheless incorrect reaction. Frustration and fear may lead to increasing speed, whilst anger may lead to slowing down to irritate the tailgater. Increasing speed will simply cause the tailgater to increase speed and turn an already dangerous situation worse.. Read Full Article below..